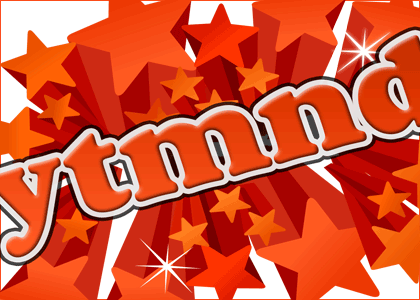 Nickelodeon
euge.ytmnd.com
Race is a gag often employed on YTMND.
"Wrote" it myself
"Weird Al" Yankovic - Handy
None ( ._.)

Please login or register to comment.
0 of 2000 characters used.
DarthWang
6:16:07 PM CST
(1)
Well actually you forgot Kooter
Nickelodeon
9:42:58 PM CST
(1)
Looks like he deserves to be forgotten
ldrancer
11:27:05 PM CST
(0)
whos put my name down on a list. youre on my shitlist
okadaibro
12:31:37 AM CST
(0)
oh no, not an internet guy's shit list...
PICHUZ
9:18:44 AM CST
(0)
It must be noted that SamuraiClinton was at no point racist better understood as SEVERELY autistic to the point they got flushed into the trash can along with trolls than ever harbored any actual animosity

*it is unfortunate that the character of the moonman hurt Max's ability to get advertisers and I do believe that the modern incarnation of moonman that took on life after the moonman left ytmnd HAS became factually hatefully racist is sadly real and in such frankly PATHETIC and this true for imageboards themselves where as mass mainstream began to use computers they took immature memes and made them into realities,

this is explained by a bell curve, in the past it was mostly geeks and nerds that took interest in computers and in such people more in well educated ranges so in such pretty easy going middle grounds, but as the mass mainstream began to embrace technology it brought in the lower intelligence that hallmarks the outliers of extremes, the current reality of imageboard culture is literally 30 points lower in intelligence and thus more polarized and extreme in there views with hate that is not memes remotely,

YTMND is an amazing thing, and it's sad how the concept the internet used to be better is factual!

I love YTMND and perhaps apart of it's downfall is it requires creativity to use this site, it may take an IQ of a depth of curiosity that lot of modern internet doesn't have for site creation, and thus even the worst YTMND users may ironically stand to having less polarized views not being the outliers of those lower intelligence extremes
Nickelodeon
10:34:04 PM CST
(0)
SamuraiClinton may not be a racist but he is a buffoon who will betray his friends for not liking everything he finds amusing
ldrancer
9:19:58 AM CST
(2)
niggers wouldn't get the joke.
PICHUZ
9:26:51 AM CST
(0)
simply if you can even create a YTMND.com site ironically you may have an IQ high enough you wouldn't even have a worldview as polarized as that, and such extreme views tend to be only embodied by the outliers of extremes,
shawnoshawn
1:50:33 AM CST
(-1)
you forgot me