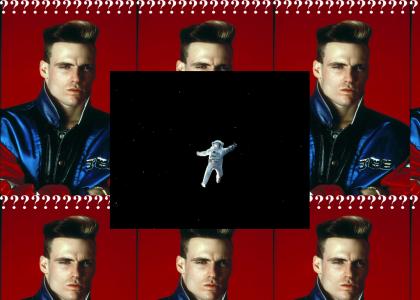 Please login or register to comment.
0 of 2000 characters used.
MotherOfTheMP3
12:01:09 AM CDT
(2)
Vanilla Ice's Ice Ice Baby overshadowed Suzanne Vega's Tom's Diner by a landslide
tenantennae
10:16:20 AM CDT
(1)
After "My Name Is Luka", it was all downhill :/
MotherOfTheMP3
11:45:33 PM CDT
(1)
well, actually, the name Suzanne dropped in popularity as a baby name after the release of the Leonard Cohen song of that title.

also, the reason why I'm talking about Tom's Diner in this Major Tom site, is because I see a big list of reasons to see Thomas as the masculine equivalent of the name Suzanne, and that Tom's Diner song by Suzanne Vega, used to test development of the MP3 file format is a hallmark example of a historical event that would solidify the idea that Thomas is the masculine version of the name.

and here's some evidence that Thomas is the masculine version of the name Suzanne:

convenience store chain 7 Eleven was founded by the Thompson brothers, and well, singer/songwriter Suzanne Vega was born on July 11th of 1959, how does that explain the idea of writing the song "Tom's Diner", and well, MP3 players would be the most convenient way to listen to our favorite jams!

Thomas Edison invented the phonograph, and some would dub it a "lazy Susan"

in the 1991 movie What About Bob? the Gutmans, whom were pissed off at Dr. Leo Marvin for buying their dream home, would be portrayed by an actor named Tom, and an actress named Susan.

in the 1996 movie Fly Away Home, a guy in the movie named Tom had a lightweight aircraft which would guide some orphaned baby geese from Canada to North Carolina, and he had a lover named Susan

there's alot more I wanna say about my theory on all this, but I'll wait until I make another comment, since I'm running out of characters to type for this one long comment!
4 replies hidden
MotherOfTheMP3
1:58:11 PM CDT
(1)
and, here's another thing to make note of about all this:

2016 was a devastating year for Suzanne-related musician deaths from artists signed to Columbia Records:

David Bowie was the musician who started this Major Tom character canon with songs, and I described reasons why Thomas is the masculine version of the name Suzanne.

Prince died of drug overdose, and he was engaged to somebody named Susannah in 1984, the same year that Purple Rain and When Doves Cry was released.

Leonard Cohen died of old age, he had a song in 1984 called Hallelujah, his best known song besides Suzanne.

George Michael died of, I think, drug overdose too, his band Wham had a hit song in 1984 called Wake Me Up Before You Go Go. Another interesting thing about George Michael, is that he got arrested for gay bathroom sex several years before Larry Craig got arrested for a similar incident, and what do ya know, Larry Craig has the same initials as Leonard Cohen, and also had a lover named Suzanne.

well, I guess 1984 was a big year for all these Columbia Records artists who had hit songs in 1984, but David Bowie, for some reason fell under the "1984" radar.

but there is also this to make note of, Apple Computer was a key player in computer technology. The Apple II was first released in 1977, same year Three's Company debuted on TV, and the Macintosh was first introduced in 1984, same year Thee's Company ended it's run, and to top it all off, Steve Wozniak married somebody named Suzanne in 1990, the same year that the Macintosh LC came out, and also, the same year the DNA remix of Suzanne Vega's song Tom's Diner came out, seeing as Tom's Diner would be used as song to aid development of the MP3 file format, but the a cappella version was used for that.