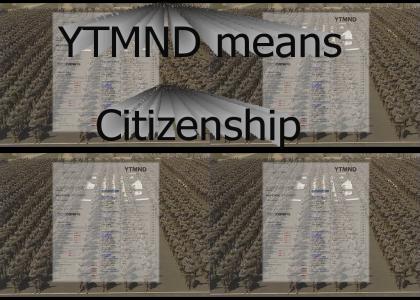 2. Why would said infantry not have weapons that could NOT eliminate the enemy in about one shot? What is strange that even the Doogie Howser actor points out that the bugs need a million shots, unless you hit them in a special place. In the heat of war, hoping to hit a very tiny place is extremely unlikely. Especially when they are ridiculously outnumbered.

3. What the hell is wrong with the sergeant who threw a knife at the hand of a private? This is supposed to be a protagonist? What I thought was crazier was his justification on practicing knife throws:

"[Zim throws a knife and hits Ace's hand pinning it to the wall]
Career Sergeant Zim: The enemy can not push a button... if you disable his hand. Medic! "

This scene made no sense whatsoever. The alien bugs used neither knives nor nukes. This scene might as well been about practicing scuba diving warfare. Even if the bugs used knives, guns are way more powerful. And if the knives were for the humans, even standard assault rifles needed 100 shots to take down a bug. A knife would be a joke. If this scene was to highlight what a tough nut the sarge was, that would still not be a good enough excuse. Full Metal Jacket and other military movies displaying aggressive drill sergeants have them doing things which actually make sense.

4. Why didn't the forces of Earth just nuke the damn aliens?