Extended Version of "You're the Tommy Wiseau now dog!"
Created on: April 9th, 2010 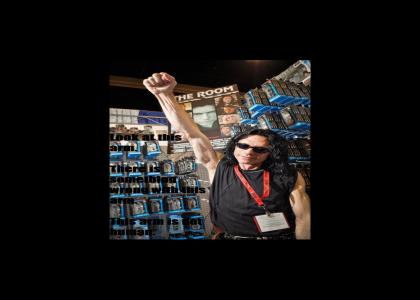 TheREALAmerica
extended.ytmnd.com
So I've had the fortune to conduct a recorded phone interview with cult movie icon Tommy Wiseau, director of the so-bad-it's-good film "The Room", twice in my life. This is from my second phone interview with him. Here's the link to hear the first part of it on YouTube, and you can listen to the rest of it from there: http://www.youtube.com/watch?v=Mrrke2IIgK0 If you've never heard of Tommy Wiseau and his film "The Room", then it's time for you to go to YouTube and Wikipedia and do your research. You'll thank me for telling you to do it later.
Taken from Google, then edited and compiled together into one dot jiff by me.
See my other YTMND first: http://yourethetommywiseaunowdog.ytmnd.com/ ...then read this site's description.
youre the man tommy wiseau now dog ytmnd original max the room oh hi mark lisa tearing me apart extended version

And I'm surprised that YTMND really has no idea who Wiseau is or what "The Room" is. Everyone so far mostly knows him from Tim and Eric on this site, yet very few know him from "The Room" (which is what he should be more popular for). A lot of other sites know who he is immediately and start quoting "The Room", because of it's so-bad-it's-good nature. Hopefully the people who have seen these sites realize that I did this for fun, and not to show any support that what his film is actually good in its original context, a romantic drama.

I suggest everyone who hasn't really seen the film yet go do so and become cultured.