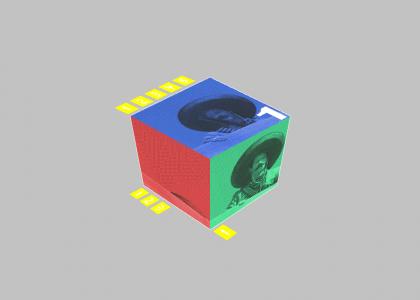 you Won the Start Trek Site Winner Series with this Winning Site, bro. i'm about to toss you off to my broz whos still in college and then youll got to the party and get laid bro. let me reitterate that you won my respect with the art statement. also, nice gif.
lickitwellhiem
2:45:20 AM CST
(-2)
wait, ok. i reviewed the site again and i will vote 5.
lickitwellhiem
2:55:25 AM CST
(-2)
[ comment is below rating threshold and has been hidden ]
(-2)
***when i was thinking of how to make my own seenior data site, i came up with a bunch of stuff.

as usual, i wanted to somehow make it a mockery/criticism of how beyond gay the whole sentiment really is (as usual).

one of the first reconceptualizations that pooped into my dumbass head was "hey... i could like open after effects and make an orb thing" but i said no because i just did that for my actual job so then next i was like "i could do a cube thing, and each of the 3 visible sides of the cube could be like a different thing" and that's what i thought.

at first i was reeeaaallly trying to think outside the box. i thought on one cube site i could have like a forest overlay over the data image, and then on another side i could have a starry sky space overlay, then on the other cube site there could be like a rapidly moving cloud overlay. ya know, like all different art themes. but then i was like "wait, this is too complicated" so i thought "EACH SIDE OF THE CUBE COULD BE DIFFERENT COLORS!!" and then i was like "woah" but i never made it.

i'\m glad you made this though. you added the numbers and it's like a clear indication that you were thinking way better than i was.
hanktherapper
9:09:02 PM CST
(0)
At least he didn't make a "insert clip here" site.
lickitwellhiem
1:20:06 AM CST
(-1)
actually, the data fad sites had a lot of variety. very few of them were simply "insert clip here" sites. a few of them were really good.