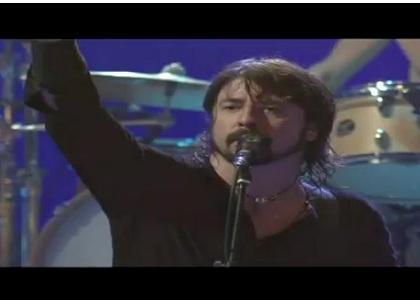 Please login or register to comment.
0 of 2000 characters used.
DarthWang
3:05:02 AM CDT
(0)
6
HamJam2
8:20:59 PM CDT
(5)
You go to a christmas party at a friend's house, and for some reason, Orson Welles is there. Everyone is talking about it. No one can figure out who knows him. The hostess, a woman you went to college with, just shrugs, her eyes alight with surprise and happy confusion. You don't see Orson Welles, but you can hear him in the other room.
She says she hopes she has enough wine for Orson. She shows you the refrigerator, which is completely full of boxes of Paul Masson white wine. From top to bottom, there is nothing else. "It's like a rap music video directed by Garrison Keillor," you say.
As Orson Welles's voice booms from room to room, the glass vibratesin the windows, and the hostess worries that her Christmas ornaments are going to spontaneously shatter. But they don't, and everyone has a good time. The party does not stop. At midnight, you and Orson Welles make a liquor run, but the shop os closed, and Orson shakes the metal grate in front of the shop window, yelling incoherently. "We are only meat that dreams!" he yells. He's angry, but he's laughing. Then suddenly you are all out on the hostess's patio. The night is ending, the sun is coming up, and you are all eating sushi off of Orson Welles's bare stomach. "I'm tired," he tells you, "I'm tired of feeding you all."
thebito
11:20:31 AM CDT
(1)
Kool Hodge-man joke
HamJam2
4:29:42 AM CDT
(1)
HEY HELLO YOU RECIOGNIZE THE THING COOL
landbridge02
7:33:35 PM CST
(-1)
did you write that yourself?
TronaldDump
3:09:21 AM CDT
(-1)
"Hey look at you! Hey look at me!"