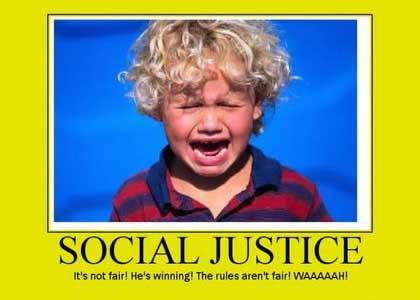 [answer: just as big of an ignorant loser as you already are, only without an instantly ready copy/paste retort}
woman
1:44:14 AM CDT
(2)
teeof.ytmnd.com
madDogSoldier
8:37:59 AM CDT
(2)
I heard about them from conservative talk radio, actually
madDogSoldier
10:02:10 AM CDT
(2)
By the way, I think educational elites like you hate wikipedia not because of any lack of accuracy (which has been officially stated to be comparable to that of the Encyclopedia Britannica) but because anyone can look stuff up without having to pay tens of thousands of dollars to go to some college and listen to professors like you.

Wikipedia and other online encyclopedias is simply cheap education for the masses.
woman
8:18:30 AM CDT
(0)
I would agree if it weren't for the fact Weakiepedia is run by the NWO, and contains a lot of disinfo as a result.
FormerlyFeaturedFagg
12:12:41 AM CDT
(-3)
You've got to be fucking kidding. I knew you were the posterboy for American mediocrity and all but you're seriously arguing that Wikipedia should be considered a valid research tool because it is "comparable to that of the Encyclopedia Britannica"?!! Jesus peanutbutterfucking Christ, you are a simpleton. You do understand, don't you, that nobody past 6th grade uses Encyclopedia Britannica--or any "encyclopedia" sold on late night TV--as a "research reference," right? Do you have even the simplest understanding of why? That is, do you have even the most basic understanding of what the term "research" means? The entire point of the production of knowledge in Western civilization is not to merely copy and paste a Reader's Digest-level blurb on the phenomena of life but to, instead, provide unique and robust contributions to the collective pool of knowledge. That's precisely why you should be ashamed (but are so fucking stupid that, instead, all you have is false pride occluding the part of the brain where critical thinking typically take place) to have to rely on encyclopedic-level (Wiki or otherwise) regurgitation of someone else's dumbed down, summarized research.

Good god, I knew you were a fucking moron, but really...
woman
12:25:14 AM CDT
(0)
Didn't read.
BigX
6:19:27 PM CDT
(1)
I can't believe I actually agree with gr33nscr33n, but this isn't /r/TumblrInAction. You don't get free imaginary internet points just by making the same washed-out jokes that have been going on for a couple years aimed at the lowest-hanging fruit of the world.

You get free imaginary internet points by repeating the same washed-out jokes satirizing racism that stopped being even ironically funny over five years ago.

Also, accuse everyone who disagrees with them in conversation of being racist, sexist, climate denier, nazi, fascist, etc.

These people are like religious fanatics, being arrogant, ignorant, politically correct and narcissistic. These lunatics even go so far as to attack other members of the left, like black lives matter did with Bernie Sanders rallies.