The Grand Diabeetus army of Teabaggers
Created on: May 18th, 2010 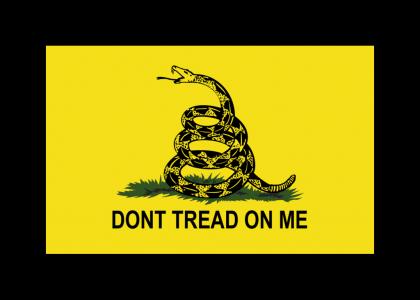 mormonator
mericasfinest.ytmnd.com
Thank god these portly patriots aren't brown so we don't have to be afraid of them.
The South probably
Patton
type 2
tiny penises
states rights
facts is fo pussies

Please login or register to comment.
0 of 2000 characters used.
theoneandonlysunman
6:50:54 PM CDT
(1)
lolwut
GaryGnu
11:23:08 AM CDT
(0)
Thank god for patriots like you cutting down fellow citizens.
mormonator
1:24:57 PM CDT
(2)
When you act and look ridiculous, then I will mock you. I've worked for a gunsmith for a few years and ran a table periodically at local gun shows for my former employer. I know when I see pathetic losers wanting to be commandos and feeling big for once because their carrying a weapon. Freedom is defended by an objective active politik body. If you think guns our a good defense against the U.S. Government ask an Iraqi how that worked out for them. Most single issue so called 2nd Amendment voters hide behind their weak argument that its to keep the government in check. Anyways, the government created the 2nd Amendment to privatize homeland defense and its not an individual right. I believe it should be, but it is not, despite the activist actions of our current Supreme court.
GaryGnu
8:22:40 PM CDT
(0)
I'm pretty sure the supreme court recently ruled it an individual right, just like all the others.
3 replies hidden
mormonator
3:43:21 PM CDT
(2)
The first supreme court ruling ever despite precedence. All earlier rulings concluded that it was not an implied individual right. If they wanted to secure it as individual right they would've put person instead of people in the 2nd amendment. Juxtapose the use of people and person to the other amendments in the bill of rights for reference. Also read federalist paper #76. Conservatives got their activist court that is why you see the flourishing of corporate personhood through recent extra-constitutional rulings by the subversive majority.

2. The federalist papers have no force of law.

3. Since when has a corporation not had personhood?

4. Fear and greed exist on both sides, but go ahead and keep playing team politics from your armchair badmouthing your rivals and blindly rooting for the home team.
mormonator
3:32:24 AM CDT
(0)
1. All other previous 2nd amendment right rulings regarding individual right up until recent court. (Look it up)

3. Well its kind of of common sense that they aren’t people, isn't it? Not until the Union Pacific Railroad vs. Santa Clara county ruling were it was just stated matter of factly without justification by a proven corrupt supreme court has the idea been supported by US law. Framers absolutely would have been against this corrupt idea.

4. Your kind of make a straw man here. I know that the majority of powerful politicians are driven by ego and greed. For example I'm not a fan of Obama at all. However, I will speak up when people are stating rhetoric filled fallacies.
I don't like the majority of modern conservatives because so many are what I refer to as "true believers" who like their communist opposites will follow and push for disastrous policy despite forceful arguments and information to the contrary. They just believe and the facts and good policy be damned. Are you going to tell me that current liberals are driven by fear and greed. Harry Reid and Nancy Pelosi and the common run of the mill congressional and senate democrats are not liberals contrary again to what talk radio and internet blogs tell many people. The only liberals I see are Russ Feingold and Bernie Sanders. All the other Democratic politicians of major national seats tow whatever corporate line their donors have them. All the Republicans do all because that is their MO. They however are more brazen about their behavior because their voters are visceral single issue voters or have misinformed views, unless however they are rich, then it would make sense to be Republican.
MikStarYo
1:17:17 AM CDT
(0)
5d all your sites lol